Digitization of knowledge with a critical spirit

The title in French actually translates ‘When Google challenges Europe”, but I accepted this title proposal of my American publisher very eagerly and with pleasure. Universal knowledge is the inheritage of the culture of humanity. It is a kind of totality of what has been inherited from generations before ours. The myth is that Google proposes that it would be possible to open your computer and the whole knowledge of humanity will come to you in an easy way and you can take what you want. I speak of myth, because I believe that there is no universal knowledge. There are all types of knowledges with many common aspects.

It’s this myth which is more or less one of the roots of the Google Book Search proposal, you will get to everything you need, but whithout being organized. What I find mystical about it, is that the man is like God – there is no distance between the knowledge inherited and yourself. I don’t believe in that.

I believe it’s wonderful to get easily to as much of the culture as possible, but when you get everything you get nothing. The culture is organizing the past, there is no culture without organization and hierarchies. Un bouquet de fleur ce n’est pas une touffe. (A bunch of flowers isn’t a bush.)

On December 14, 2004, Google announced it would digitize the world’s knowledge in the form of 15 million books from the United States and Great Britain. A month later you responded to this announcement in a critical article in Le Monde, which then resulted in your book. What was the essence of your response?

I also want to stress that I am not against Google Book Search, but I think any monopoly is dangerous in this field as in others. It’s a crusade for culture and diversity, not a French one and not even a European one.

Let’s assume that the literary cultural heritage should be digitized worldwide. Who, in the ideal case, should decide which books are culturally the most valuable and should be scanned?

Curators, librarians, publishers – experts working in the field of publishing and cultural heritage. The criterias should derive from an international discussion between these people. Countries with a own special heritage, like China and India. In the case of France I would give Europe the preference. I would prefer a European decision, because there was a special civilization of Europe in the past and there is a special one in the present with the construction of the European Union.

To whom should the digitized knowledge of the world, the data and the copyright on them, belong?

The copyright of books expires 7O years after the death of the author, so most of the books published between world wars run out of copyright by these times. If these books are digitized it is absolutely fundamental to tell people the criteria of your choice and acquisition.

For the books published afterwards, it means that you have to serve and respect deeply the copyright of both authors and publishers, which also means that you will help new cultures to flourish. Google Book Search behaved quite arrogant in this matter. They have scanned books without permission of the publishers. They had even scanned my book first without the permission of my american publisher.

Is Google Book Search the first result when you google your book?

Yes, indeed, and it is not possible to accept the fact that most of it is given freely without any agreement of the publisher or myself.

Can one also learn something from Google Book Search?

You always learn from competition, from what they have succeeded in doing and what they have done badly. No despise for the other part and no hostility, but I don’t like their behaviour to ignore copyright issues.

To be perfectly frank, the fact that Google was so ambitious helped me. I received money for going quicker with Gallica. It was a good opportunity which I immediately and greatly took to tell the public and European States: ‘We must not loose this battle, we must go quickly’. I used the push of the other one, to have more power myself.

You have experience with book digitization projects from your time as the president of the French National Library. The in-house digitization project Gallica was founded in 1997, that is 7 years prior to Google Book Search. What did Gallica do more correctly and better?

When in 1988 French president François Mitterrand announced the idea of ‘a new type of library’, he proposed to use more possibilities of technology than before. But then they didn’t foresee the speed with which everything would progress. Gallica was one consequence of that. When I started in 2002 I found the Gallica project in an Image mode only, viewing photos without the possibility to search inside the text, which is of course quite necessary. The speed of scanning books was very slow, only 5,000 documents a year. I increased the speed to 100,000 books a year and initiated the transfer from image mode to text mode, which is going to be completed this year. We also added to the digitization of books the digitization of approximately 25 important French newspapers going back to the ninetieth century.

Are private scanning initiatives according to the Wikipedia principle conceivable in order to achieve cost savings, diversity and speed?

I could imagine that, but I would rather see it done professionally by public institutions.

The web portal Europeana will be launched, I hope, by the end of 2008, which brings together digitised resources from Europe’s archives, museums and libraries. The approach of Europeana is a reflexion which is rooted in the past of the organization of libraries. Of course, it is absolutely necessary to work together with the publishers for scanning the books which are still under copyrights.

In the meanwhile an agreement is going to be reached with a lot of publishers to scan their books. This is a real satisfaction. We can get high quality scans. We can feature books, which are sold only a few copies every year and we can point to books more or less forgotten. The authors are happy about this, too.

In your book you write ‘Another balance must be established, by the participation of a large number of financially disinterested agents. Goverments should intervene…’ What risk is there when ‘public knowledge’ is administrated by private firms?

For private firms like Google the commercial approach seems normal as they have to make money to please their shareholders. But in my opinion they don’t serve by a kind of natural tendency the public interest. Their ranking is commercial only. The ranking is organized by putting on the top the products which are already used and liked.

When you have more links linking to you, you are on the top. The wealth will go to the wealth. It will drive people to like what other people already like, which means Da Vinci Code will be on the top. I have nothing against that book, but I want Marcel Proust or Jacques Chessex to have a chance, too. I wanted to make a proposal following purely the intellectual criteria. I would prefer to organize books with other criterias, a way to make people thinking about knowledge.

You come from a family of politicians, and have been active for years as a politician yourself. You are familiar with the advantages and disadvantages of changes in government. Aren’t governments due to these facts too sluggish to realize long-term projects and to act as fast as the technological development demands?

It‘s much more dangerous for private firms. They can die, although I don’t think that Google will die soon. Even if governments changes the administration of these projects will go on. It’s important for a long-term intention and for the migration of data. When technology changes we have to organize a data migration, putting the whole data on a new support. This is not normally the first obsession of a private firm who wants its investments quickly translated into money. When you are living from another source of financing you can make sure that it will last longer.

It’s another reason why I think that public institutions should take the lead in this fight, but again by collaborating with the private market, the publishers. That is the core of this crusade.

Every large library in the world is now participating in or has itself initiated digitization projects. The original seems to be no longer necessary after it has been scanned. One no longer has to visit the library to look at books. This is a development that is very critically observed by media theorists. As early as 1936, Walter Benjamin, in his essay ‘The Work of Art in the Age of Mechanical Reproduction’, criticized the loss of the aura of the original artwork through limitless technological reproduction. How will the mass digitization of books change the character and the tasks of libraries in the future?

Besides Benjamin, there was Elie Faure and André Malraux, who thought it was after all something good to show the reproduction to many people. It’s not because they have seen the reproduction, that they will not feel like coming to see the original. Maybe it’s the contrary.

In 1983 when I was the chief executive of Radio France, some people were afraid that the radio would lose part of his target group when the government authorized the televison to show programmes during the breakfast time. The radio hasn’t lost. When radio started, the newspapers thought they were losing.

Of course with digital media there is a whole range of possibilities for people using their time for cultural things and knowledge. No doubt about that. Everybody uses cultural offers today different than 20 years ago, through the computer. But my intuition is that the digitization of books will not kill the original books. This is not linked to the data support like with music. It is linked to the feeling of paper, the smell, the tactical experience. Of course books will suffer from Internet but they will remain in a kind of neighborhood.

Will public libraries then mainly focus on the digital book archive?

No, I think that books will be there for generations. Since 10 years, when the web got more and more important there is no decrease of the number of books being produced in France. (Publishers and authors must live on something, books must be sold. Suppress)

Will one also be able to borrow digital books?

It’s going to be easier and easier to pay through Internet, so people will pay for text and digital images of libraries, as they do already for stock photography in image banks or newspaper articles.

Will libraries offer ‘print on demand’ and put their digital stock on e-books?

Yes, I can imagine both. Libraries have to be inventive in generating new services and also commercial ones with their digital material.

Librarians are traditionally known as knowledge administrators. Shouldn’t they become ‘information scientists’, experts that filter the information that is important for us?

They have to become mediators between the broad public and the knowledge inherited from the past. The job will get more and more interesting. It will be one of those wonderful professions which are in charge of helping people to get to culture without limitations.

Must the librarian of the future be the personification of a good search engine?

Personification is a charming way to say things. Yes, they will have to filter more information for us then before. They will provide Ariadne’s thread in a labyrinth of complex information. 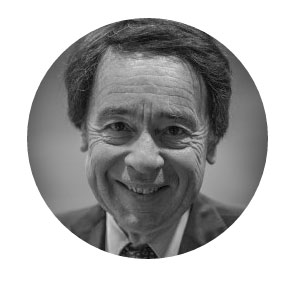